During the 2022 Pujiang Innovation Forum held in Shanghai, the Ministry of Science and Technology of People’s Republic of China and the Shanghai Municipal People's Government organized a special symposium for foreign scientists in the morning of August 28, inviting foreign scientists in Shanghai to give advice on "Science and Technology Innovation Together to Promote Global Development". Mr. Wang Zhigang, Minister of the Ministry of Science and Technology, Mr. Li Meng, Vice Minister of the Ministry of Science and Technology and Director of the State Administration of Foreign Experts Affairs, Ms. Liu Duo, Vice Mayor of Shanghai Municipal Government, Ms. Shang Yuying, Vice Secretary General of Shanghai Municipal Government, and comrades in charge of relevant departments attended this symposium and listened to the speeches by foreign scientists. Dr. Naeem Faraz, a Pakistani expert from the International Cultural Exchange School of our university, was invited to attend the symposium. 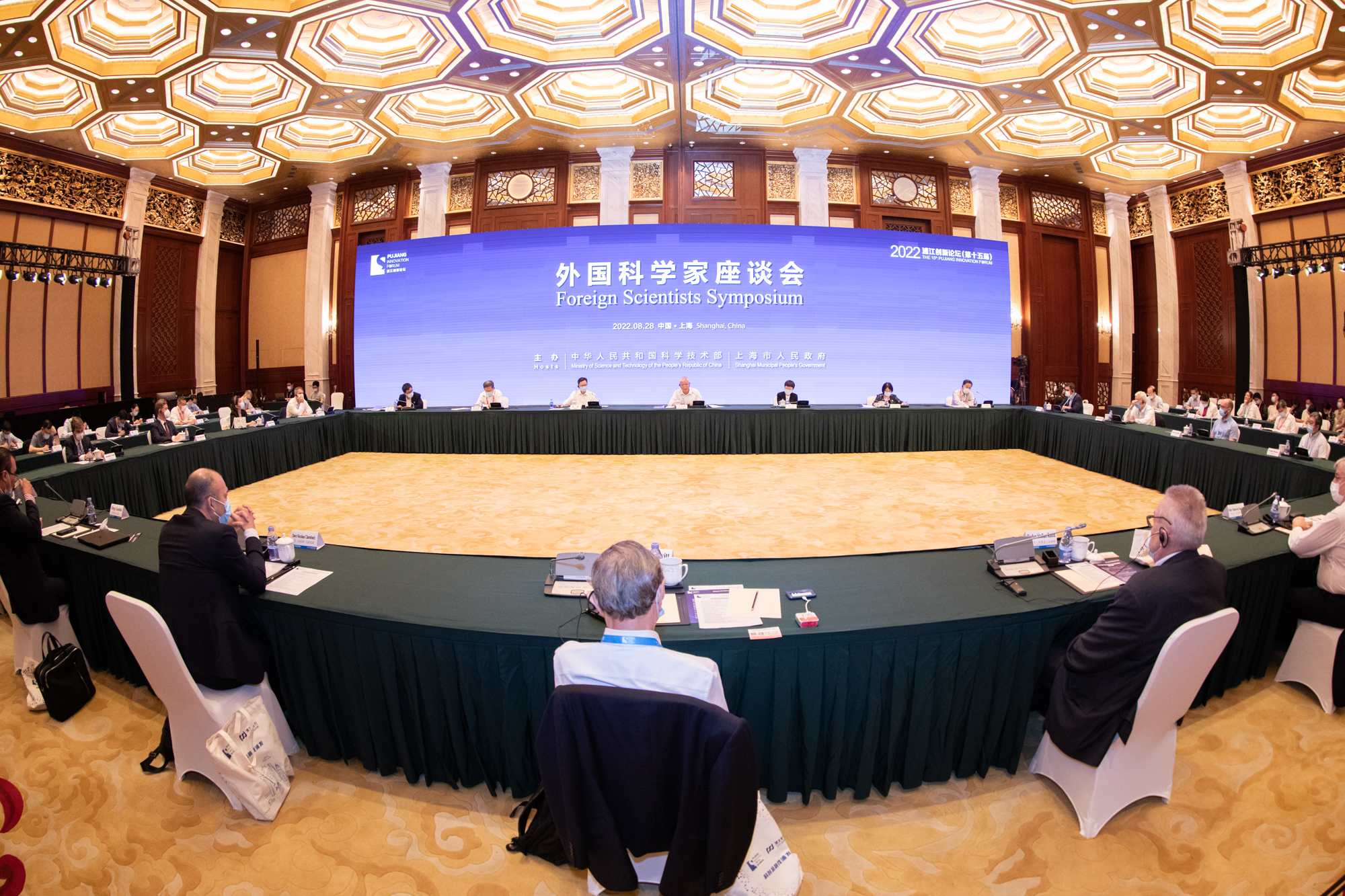 The symposium was chaired by Minister Wang Zhigang. He said that asking for methods and answers from science and technology innovation is the only choice to meet the challenges of global issues and promote the prosperity of the world. Fifteen invitees, either from universities, research institutes or enterprises, work in different fields, but all have been engaged in scientific research and science and technology innovation-related work in China for several years or even more than a decade. They gave their opinions and suggestions on basic research, enterprise innovation, scientific and technological talents, and open cooperation. Minister Wang Zhigang replied to the comments and suggestions made in the speeches one by one.

At the symposium, Dr. Naeem Faraz proposed to increase the channels for foreign scientific talents to apply for Chinese science funds and research projects funding, and encourage outstanding foreign students to work in non-first-tier cities after graduation in order to further stimulate the vitality of scientific and innovative talents. He believes that this symposium reflects that the Chinese government weighs the opinions and suggestions of all kinds of talents, including foreign talents, and it is a great honor to be invited to participate in it. 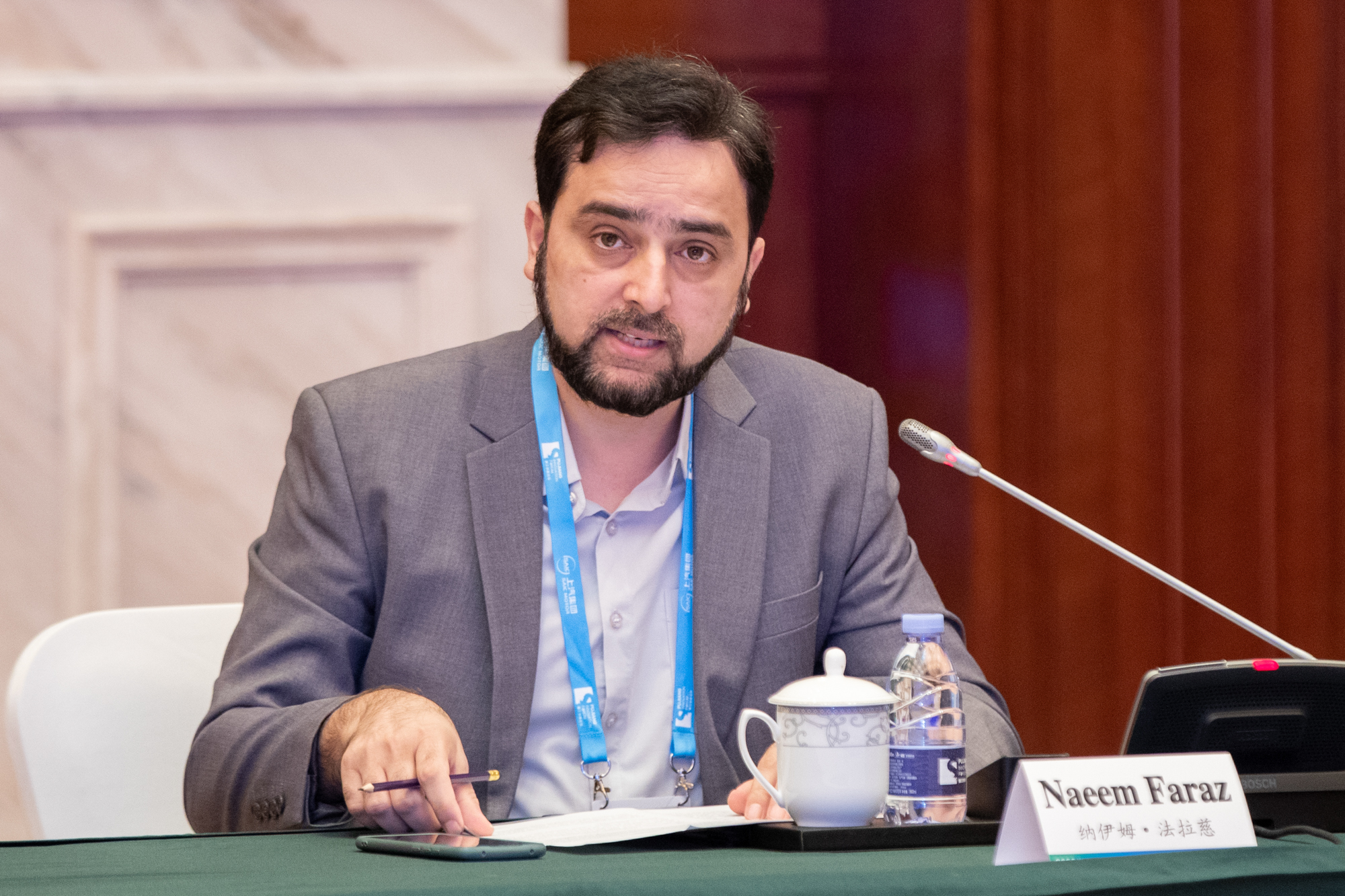 Foreign experts and teachers are an important part of the university's talent team and an important driving force of the internationalization strategy. They came to live and work in China, formed deep ties with China, and contributed to the university's academic construction, scientific research, and talent training. In 2016, the Finnish professor of Shanghai International College of Fashion and Innovation (SCF), Helena Hyvönen, was awarded the "Magnolia Silver Award" and invited to the Great Hall of the People in 2019 to attend the "Reception for Foreign Experts Celebrating the 70th Anniversary of the Founding of the People's Republic of China"; in 2017, the Dutch professor of the International Cultural Exchange School, Anselm Vermeulen, won the Shanghai "Magnolia Silver Award"; in 2020, Juliette Macdonald, the British international dean of SCF, was awarded the "Hongqiao Friendship Award" by Changning District. The International Cooperation Office will continue to work hard to improve the management and service of foreign experts and teachers, and help the university to become "China’s first-class high-level research university with characteristics and international competitiveness".