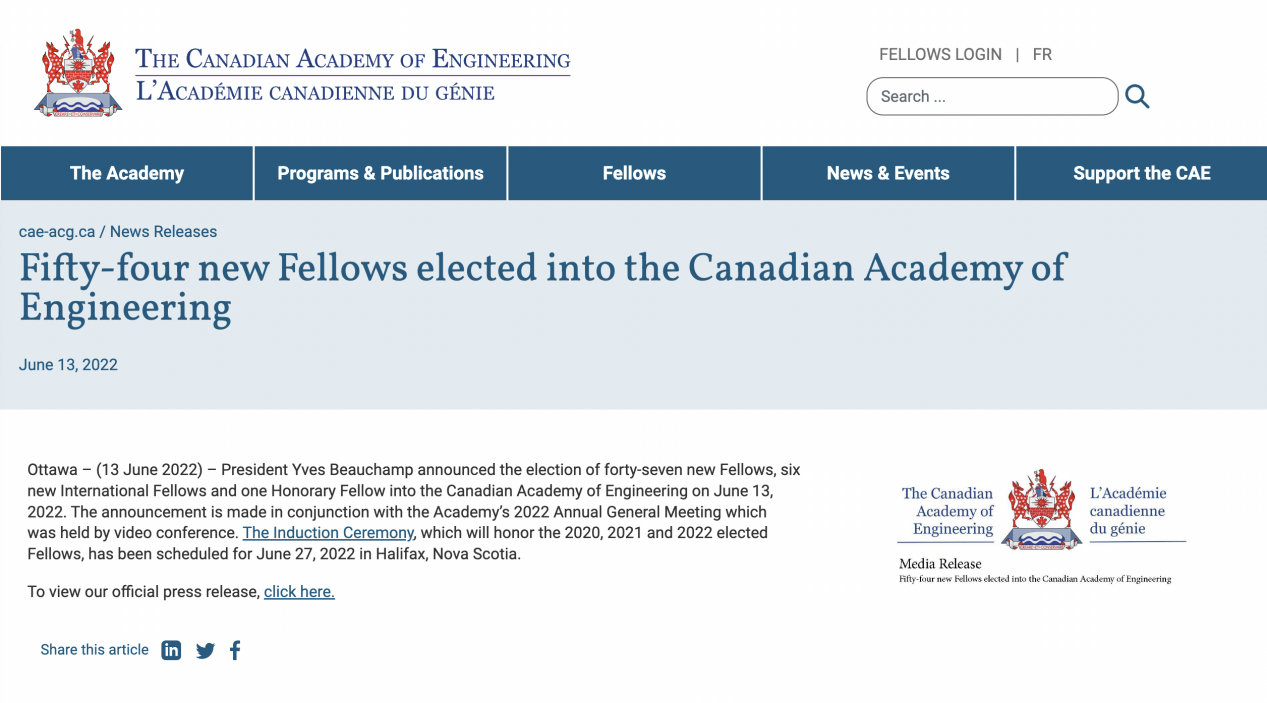 Dr. Xing currently serves as a Professor in the Mechanical Engineering at the University of Manitoba and Fellow of the American Institute for Medical and Biological Engineering. Dr. Xing received his master’s and doctorate degrees in Textile Materials and Textile Design from the College of Textiles of DHU in 1998 and 2003 respectively, studying under Professor Yan Haojing. 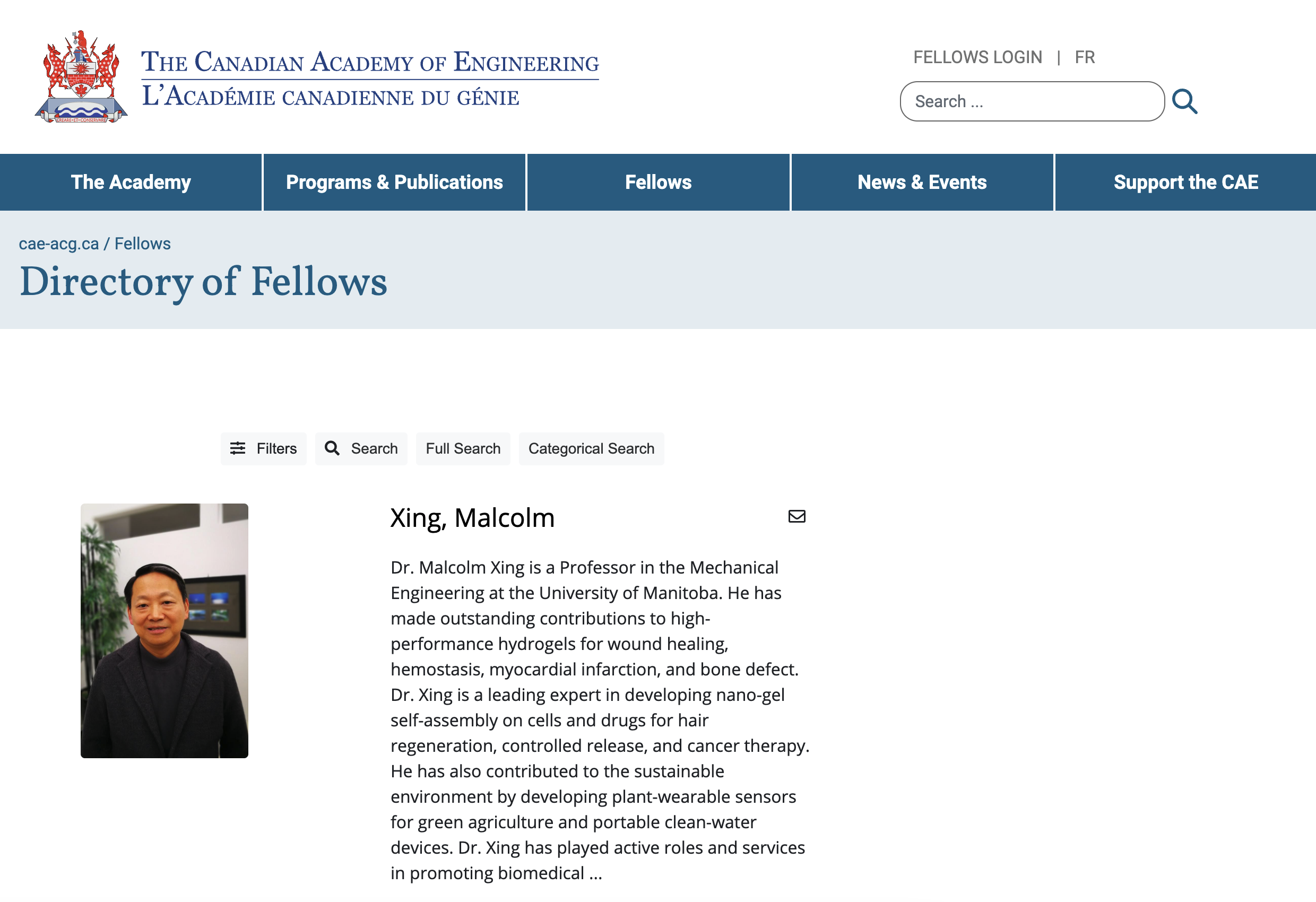 Dr. Xing researches intelligent biomaterials, tissue engineering, electronic skin and nanodrugs, etc., and has made remarkable contributions to high-performance hydrogels for wound healing, hemostasis, myocardial infarction, and bone defect. He is a leading expert in developing nano-gel self-assembly on cells and drugs for hair regeneration, controlled release, and cancer therapy. He has also contributed to environmental sustainability by developing plant-wearable sensors for green agriculture and portable clean-water devices. Meanwhile, Dr. Xing has actively promoted biomedical engineering education and research to the public and communities. His research results were reported by multiple renowned media such as Time, Fortune, Discovery Channel, BBC, Science, Nature, the Royal Society of Chemistry and the American Chemical Society (in headline news twice).

The Canadian Academy of Engineering, established in 1987, is an independent, self-governing and non-profit organization. Candidates are nominated and elected by peers according to their research contributions and service in the engineering field. The Fellows of the Canadian Academy of Engineering are honorary titles of national-level experts and professors conferred by the Federal Government of Canada. As a national think tank, the Fellows provide advice for national project establishment, evaluation and research.