Prof. Julius Vancso from the University of Twente Appointed as Consulting Professor at DHU

On March 30, the appointment ceremony of Prof. Julius Vancso as a Consulting Professor at Donghua University (DHU) was held at Songjiang Campus. Qing Fengling, Vice President of DHU, attended the ceremony presided over by Wu Peiyi, Dean of College of Chemistry, Chemical Engineering & Biotechnology. 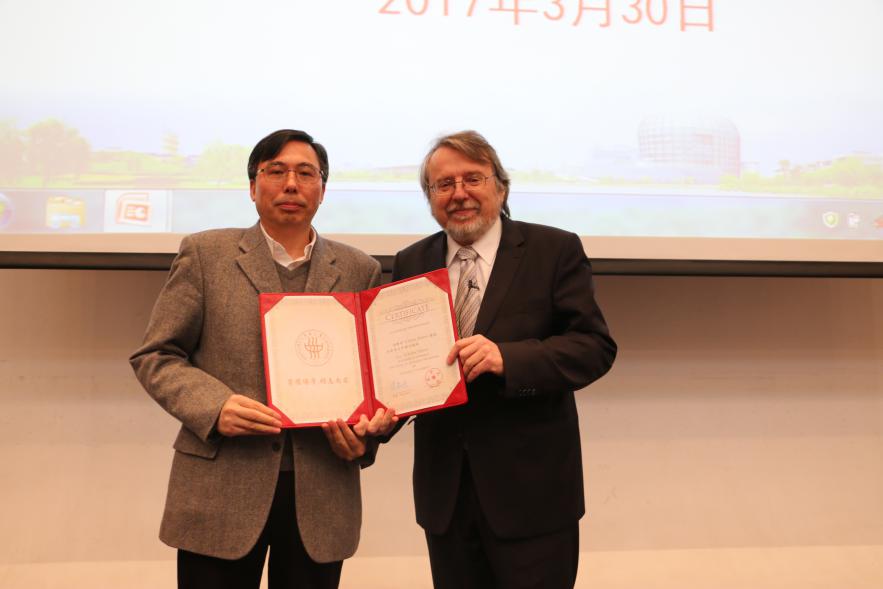 (Qing Fengling issues the letter of appointment to Prof. Julius Vancso on behalf of DHU)

At the ceremony, Qing Fengling, on behalf of DHU, issued the letter of appointment to Prof. Julius Vancso and extended a warm welcome to him. Qing expressed the hope that there will be more cooperation and exchanges to promote the construction of relevant disciplines. Prof. Julius Vancso said he is honored to be a Consulting Professor of DHU and is willing to contribute to the enhancement of mutual exchanges and cooperation as well as the development of DHU. He will also perform a series of academic exchanges and lectures. After the ceremony, Prof. Julius Vancso delivered an academic report entitled “Polymer-surface Interactions from the Molecular Perspective by AFM Force Spectroscopy.” 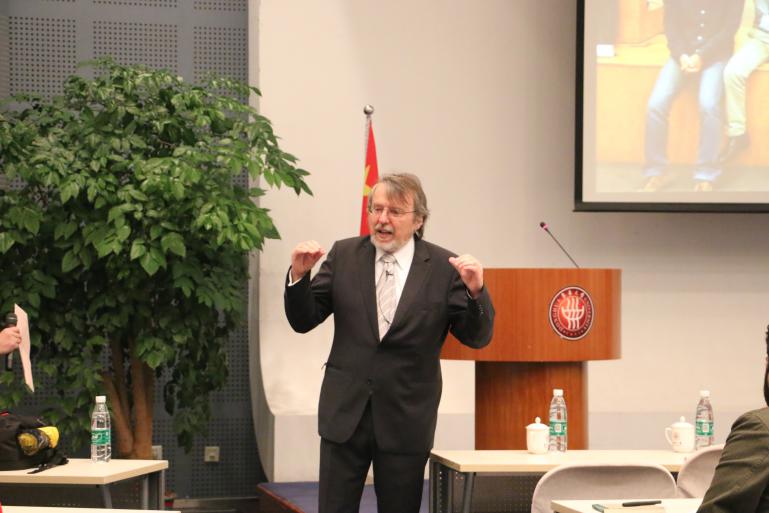 Julius Vancso is a professor at the University of Twente in the Netherlands, a member of the Royal Society of Chemistry, and a member of the Hungarian Academy of Sciences. His research direction mainly refers to the application of “smart” polymer materials in biomedical, single molecule detection, macromolecule surface engineering and organic metal materials chemistry. Besides, he acts as a Senior Executive Editor of the European Polymer Journal magazine and a visiting professor at the Nanyang Technological University, the University of California, Santa Barbara, the Budapest University of Technology and Economics, Technical University of Catalonia and the Swiss Federal Institute of Technology Zurich. Furthermore, he has published a total of 520 papers in Nature Materials, Nature Nanotechnology and other journals, cited more than 11,500 times with H index of 53.