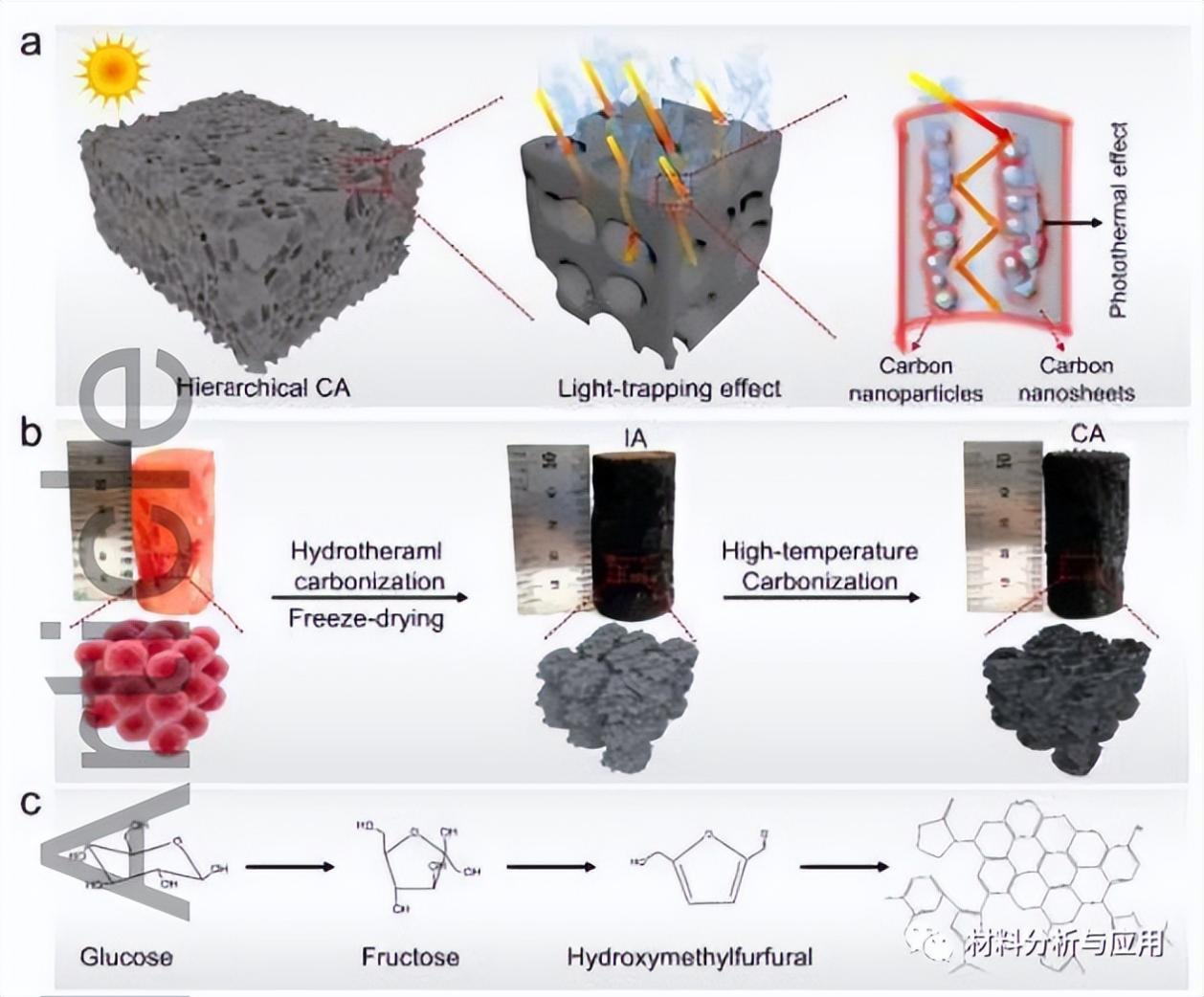 In addition, the cost of the 1m^2 CA evaporator does not exceed $16.43, which is lower than or comparable to other evaporators. CA’s low thermal conductivity and high evaporation rate make it an effective photothermal material for solar desalination and provide some ideas for developing other biomass-derived evaporators.