Donghua University seized the opportunity and took the initiative to introduce the world-top leaders in science and technology and young scientific and technical personnel. We have been striving to build up the best faculty matching our discipline construction. On 24-25 December, the 7th Donghua Shangshi Forum of International Young Scholars was successfully held. More than 130 young academics and experts from universities and research institutes, such as the Massachusetts Institute of Technology(MIT), University College London(UCL), Nanyang Technological University (NTU Singapore), The University of Tokyo, University of Toronto(UofT Canada), University of New South Wales(UNSW Australia), Tsinghua University (THU China) and other universities participated through the Network platform Cloud. President Yu Jianyong attended the opening ceremony and gave a speech, while Vice-President Li Wei presided over the opening segment of the forum. President Yu Jianyong and Wang Qingyu, Director of Shanghai Education and Health Work Party Committee respectively delivered speeches on the forum. 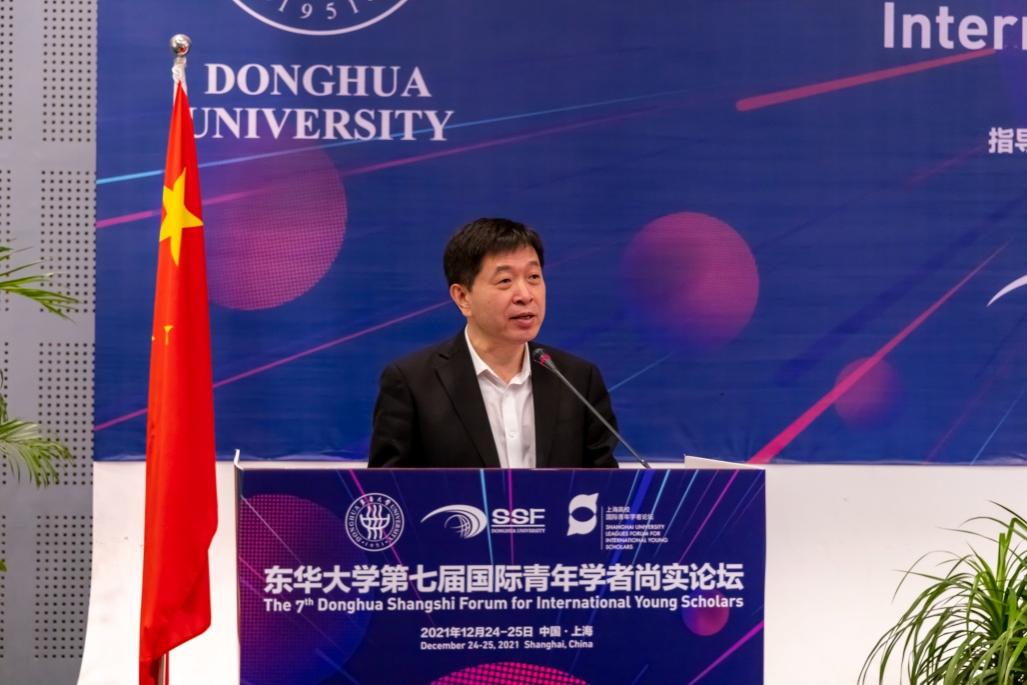 On behalf of DHU,  President Yu Jianyong welcomed experts and young scholars from home and abroad who attended this forum. He pointed out that Donghua University, as China's first textile higher education institution and the  Double-First-Class (First-class universities and disciplines of the world) research university directly supervised by the Ministry of Education of China, has permanently attached importance to the growth and development of young talents,   and is willing to provide a solid platform for young scholars to pursue their academic excellence. The university has been committed to constructing high-level subjects and talent teams as its core. Besides, the fundamental task is to cultivate talented students and speed up the construction of "Double First Class" and "Strive Donghua" with first-class achievements and contributions. In this way, Donghua University can become a "high-level research university top in China, with first-class, international impact and characteristics." At the end of his speech, he also mentioned how important the support is to the growth and development of the university from those outstanding young scholars from all over the world. On the forum, he sincerely welcomed those talents to join us, achieving their dreams and careers at Donghua University. 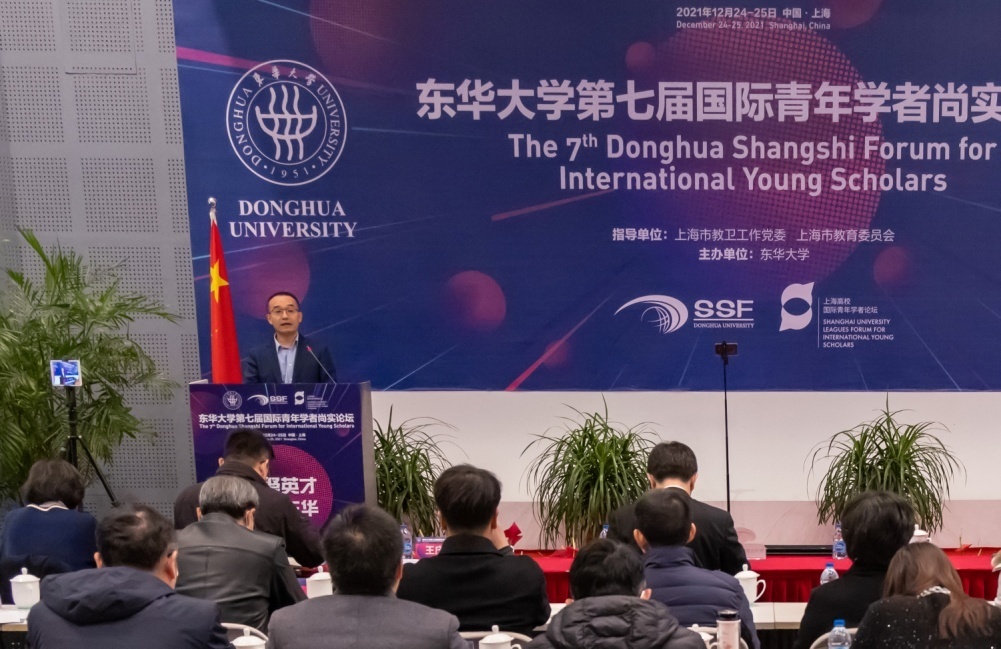 Wang Qingyu pointed out in his speech that the Forum propelled the construction speed of the Shanghai Education System for building a high-level talents highland. Moreover, he said Shanghai had been pushing ahead with constructing "Five Centers" and "Five New Cities" to attract more. Shanghai would launch more initiatives to attract personnel with an open attitude, a broad mindset, and an inclusive environment, making Shanghai a place of dreams, a city of dreams, and a capital of dreams for all. Donghua University has always put the introduction and training of talents a priority. In this way, we hope to have closer relations with young scholars, and cooperate with Shanghai in a comprehensive, multi-level and broad field through this Forum. 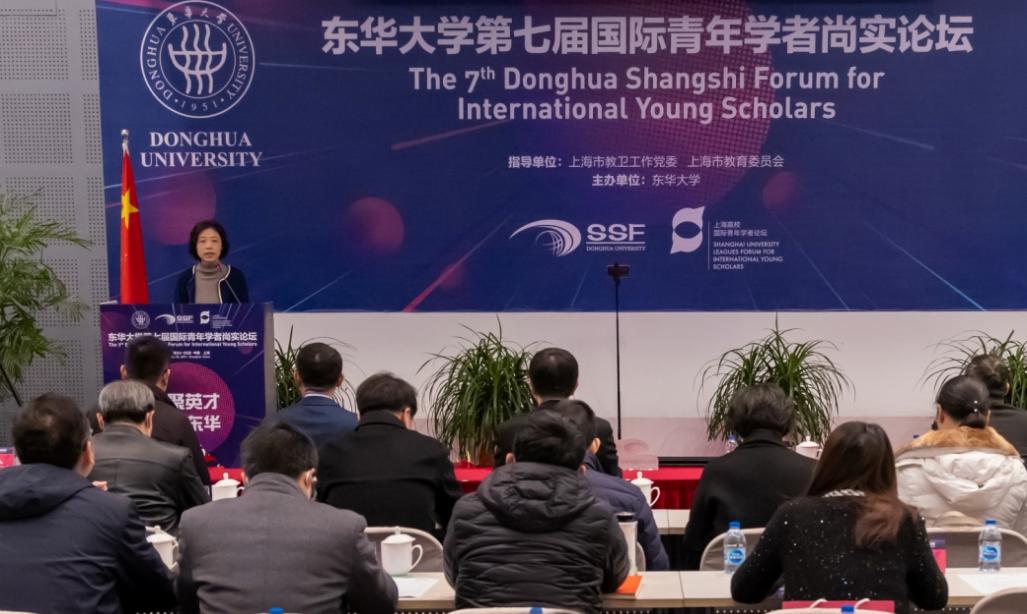 During the opening ceremony, Li Wei stressed that Donghua University had always adhered to the development of the University with talent training, creating a suitable environment conducive to the growth and development of talents. She hopes that the young scholars can have deep communication in their academic fields by participating in exchange activities, such as the main forum, the introduction of disciplines, and the academic reports, thus being attracted by our connotation and profound Donghua University. 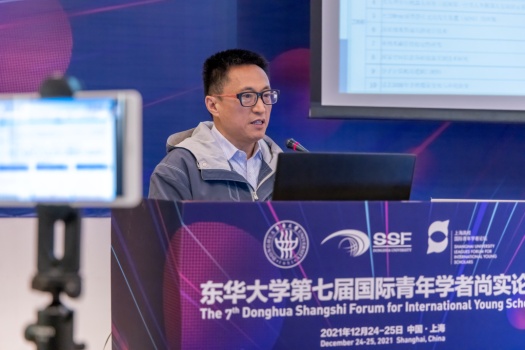 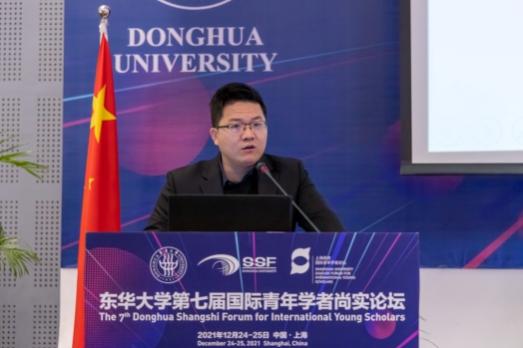 At the opening ceremony, Zhang Yaopeng, Director of the Personnel Department and Director of the Talent Office, made a special presentation on the overall situation of the faculty, scientific research, talent training, and international cooperation. Li Yaogang, Researcher of the College of Materials Science and Engineering, and Yan Jianhua, Distinguished Researcher of the College of Textiles, respectively combined their practice to make a wonderful sharing on choosing Donghua University and exploring suitable paths for personal growth. In the meantime, Scholars from other universities like Northwestern University(UN) and Peking University exchanged their ideas and made speeches during the meeting.

The Forum covered more than ten disciplines, including Textiles, Materials, Design, Machinery, Information, Environment, Chemistry, Management Science, Physics, Mathematics, Biomedical-Engineering, Humanities, and Artificial Intelligence. A total of 13 sub-forums were set up to be hosted by the relevant secondary unit in the university. It is reported that the Donghua Shangshi Forum of InternationalYoung Scholars has been held since 2018, which has become a vital brand activity for the university to gather and recruit talents. So far, it has invited nearly 600 outstanding young scholars from more than 20 countries and regions worldwide.