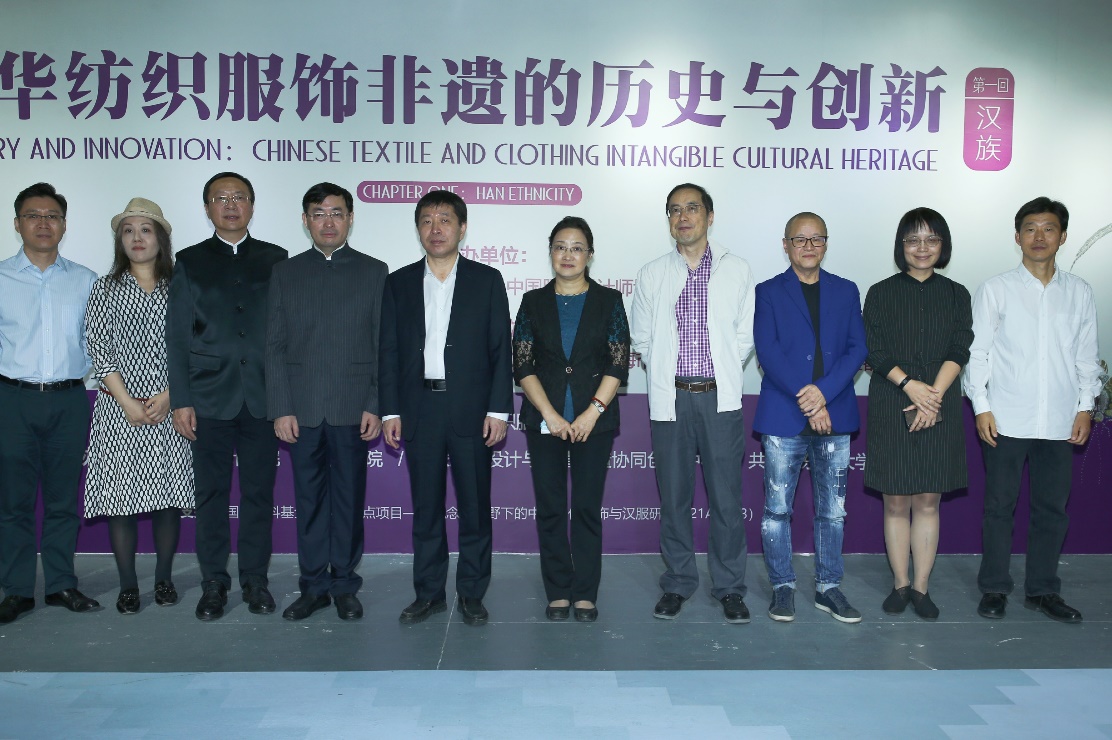 On behalf of Donghua University, Jianyong Yu welcomed the guests and congratulated the successful unveiling of this exhibition. He noted that on the occasion of the celebration of the 70th anniversary of the founding of Donghua, which is also the first textile college established in New China, this exhibition is not only a tribute to Chinese textile and apparel culture, but also the inheritance and reinterpretation of Chinese excellent traditional culture. He said that the University, answering the call for building first-class disciplines, will achieve more fruits in special disciplines such as textiles, clothing, and design while inheriting and innovating Chinese excellent traditional culture, to make new contribution to the development of China's textile and apparel industry and the construction of Shanghai as a fashion capital. 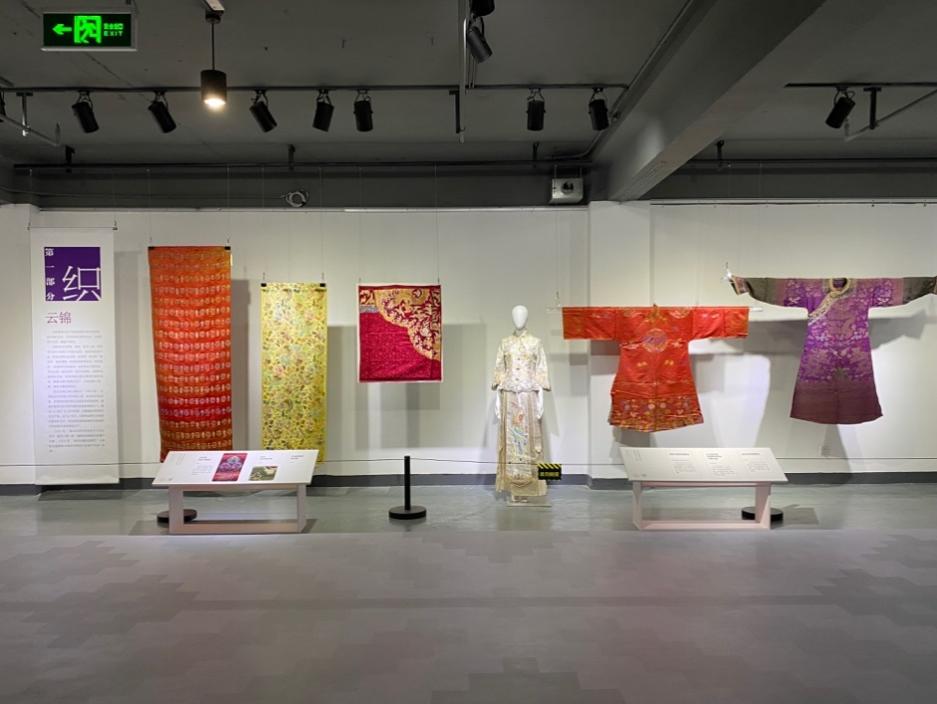 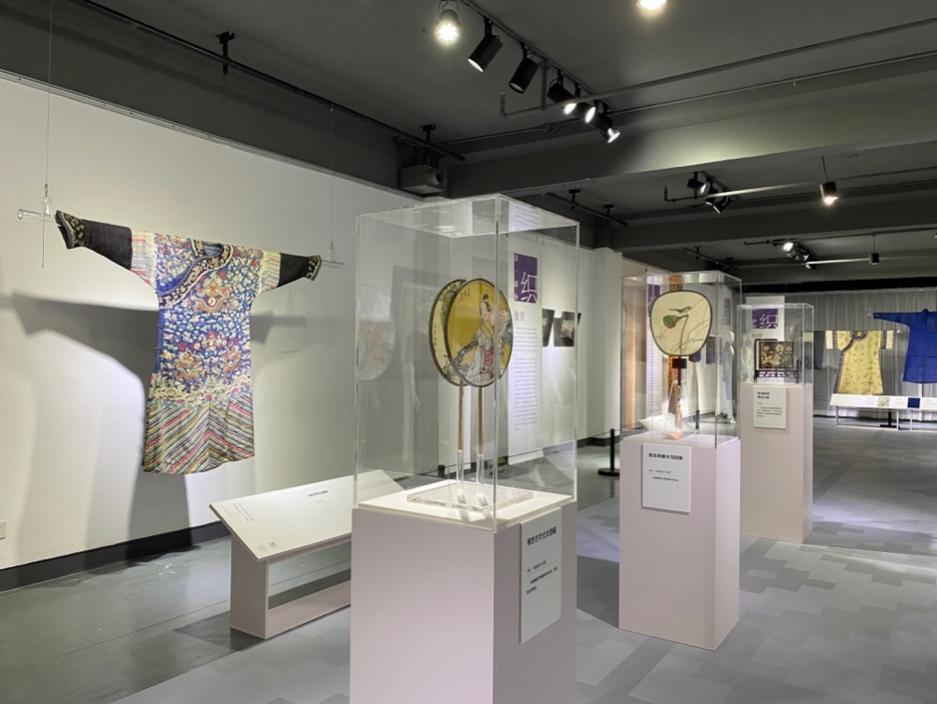 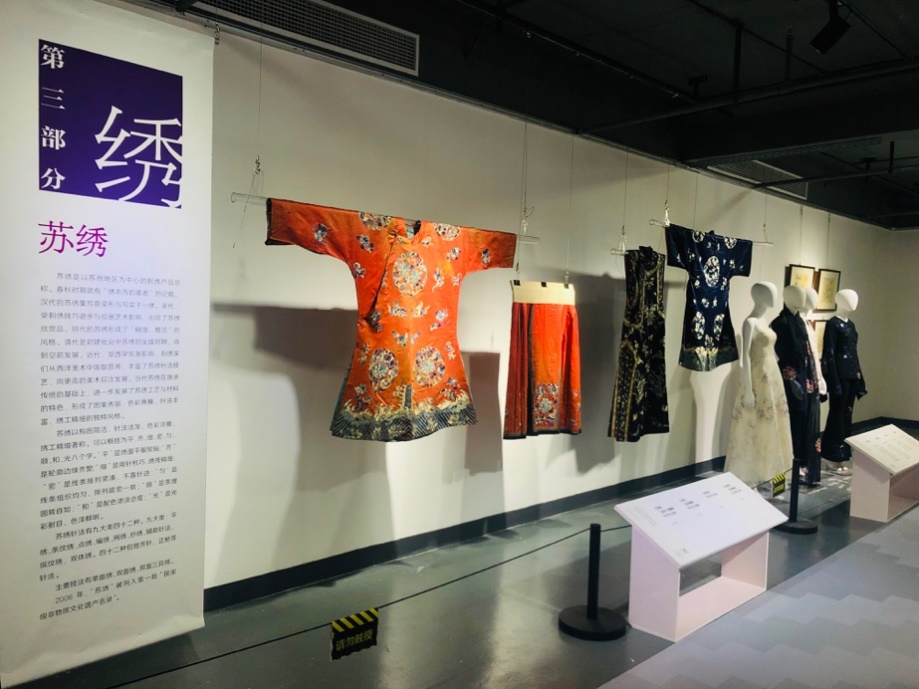 Professor Bian Xiangyang, curator of the exhibition and curator of the Shanghai Museum of Textile and Costume, believes that with the fast development of cultural construction in the new era with socialistic characteristics, the contemporary inheritance of Chinese fine clothing culture has entered a new stage, and represented by Hanfu, chi-pao and national fashion, “Chinese style” clothing has become a new trend in the society. "From an academic perspective, the reorganization of textile and clothing intangible cultural heritage and the re-summation of the contemporary ‘national style’ have become an urgent need for social and cultural construction, the building of a fashion capital, and the construction of the fashion consumer industry. It is also the responsibility of universities and museums. In view of this, the Shanghai Museum of Textile and Costume will launch a series of activities themed "History and Innovation: Chinese Textile and Clothing Intangible Cultural Heritage" year by year."

"The past envisions the future, and inheritance ensures innovation". It has become the top choice for contemporary inheritance of Chinese cultural genes to take intangible cultural heritage as the origin, combine modern aesthetics, innovate design and artistic creations, integrate into real life, activate high-end markets and creative industries, and enrich public culture. The promotion of traditional culture and the revitalization of traditional crafts have become an integral part of the national "inheritance and development project of Chinese excellent traditional culture", "protection and utilization of intangible cultural heritage", and "revitalization plan for Chinese traditional crafts". On the occasion of the 70th anniversary of the founding of Donghua University, the exhibition, History and Innovation: Chinese Textile and Clothing Intangible Cultural Heritage (Chapter One: Han Ethnicity), co-sponsored by Donghua University, China National Garment Association and China Fashion Association, and carefully curated by Shanghai Textile and Clothing Museum has become another powerful boost to the rapid improvement of China's textile and clothing industry and Shanghai's fashion consumer industry, as well as the accelerated transformation of Shanghai as a fashion capital.