The Shenzhou-12 manned spacecraft sent Nie Haisheng, Liu Boming, and Tang Hongbo into space on the morning of June 17. The three astronauts will be the first "occupants" of the space station's Tianhe core module. A collection of special clothing to ensure the astronauts' smooth work and life in space and on the ground, and the shoes astronauts wear in the cabin performing space station tasks are all results of many years’ innovation and hard work of the R&D and design team of Donghua University. Five years after the launch of Shenzhou-11 in 2016, Donghua "Technology + Design" once again accompanied the astronauts on their journey to space. 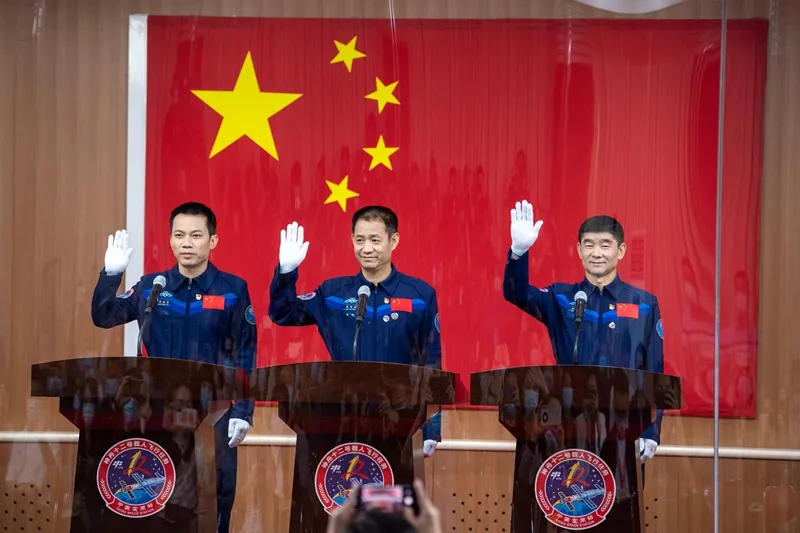 At the press briefing on June 16, the three Shenzhou-12 astronauts dressed in their daily outfit designed by the Donghua University’s astronaut clothing R&D and design team appeared at the Wentian Hall of the Jiuquan Satellite Launch Center. The Donghua University astronaut clothing R&D and design team designed a collection of special clothing to ensure the astronauts’ work and life in space and on the ground, including work clothes, exercise clothes, casual clothes, spacesuits, and sleeping clothing for astronauts working and living on the space station. They also designed various types of ground mission clothing, such as daily outfits, mission training clothing and special clothing. This special clothing should not only enable a number of special functions, but also incorporate design elements with Chinese characteristics to become the "stunning space uniforms" for astronauts to appear before the world.

"The special clothing for Chinese astronauts is multi-functional clothing that gives priority to functionality and ergonomics and is aesthetically pleasing. The Donghua University astronaut clothing R&D and design team has integrated elements with Chinese characteristics of the times into the apparel fabrics, colors, patterns, and even the details such as stitches of the clothing, to showcase the image of Chinese astronauts as space dream builders and guardians as part of the Chinese dream, " said Professor Li Jun, head of the astronaut clothing R&D and design team of Donghua University and dean of the School of Fashion and Art Design.

The entire collection of spacesuits and accessories must not only match in their styles, colors, patterns and textures, but also blend with the cabin environment. While reflecting the characteristic Chinese cultural elements and the times, they should also reflect the professional characteristics of the astronauts and their spiritual outlook. Among the different types of clothing with various functions, some can help astronauts fight against the adverse effects of weightlessness on human muscles during long-term space flights; some can protect astronauts by adjusting their emotions and moods. And they also take into consideration how they are shown in photos or videos taken in the light conditions inside the cabin and after image transmission, so they can be described as "one size fits all". 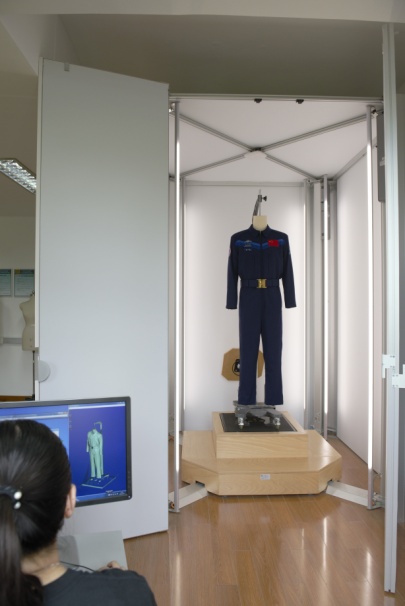 For example, in the design of astronauts' daily outfits, on the basis of the sky blue, shades that symbolize the earth's skyline and outer space are added, and the changes in shades make them more three-dimensional and more layered. Three-dimensional straight lines are adopted for the most part, with the S-shaped arc of the front shoulder being a metaphor for the space flight trajectory, echoing the V-shaped straight lines of the chest symbolizing victory, presenting the harmonious beauty of varied thicknesses, and of straight and curved lines. 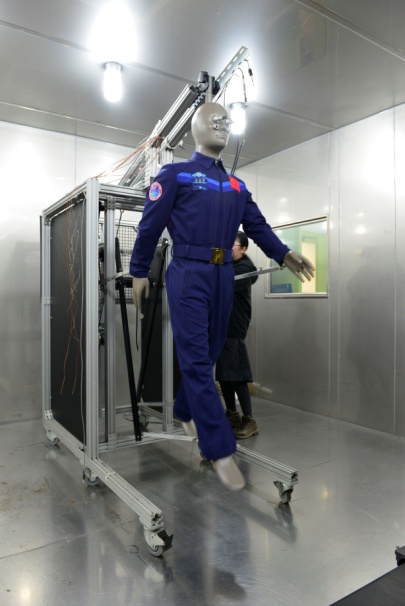 In addition to the clothing itself, the design of some accessories worn by the astronauts must also be systematically planned based on the color and silhouette of the clothing. Among them, the main line of the astronaut’s badge of honor is like the trajectory of a spacecraft flying in the blue universe, giving people a sense of upward movement. The number of five-pointed stars indicates the number of times the wearer has been on a manned mission. With a comprehensive medium such as special clothing for astronauts, the design team has managed to show through artistic design the connotations and highlights of spaceflight. 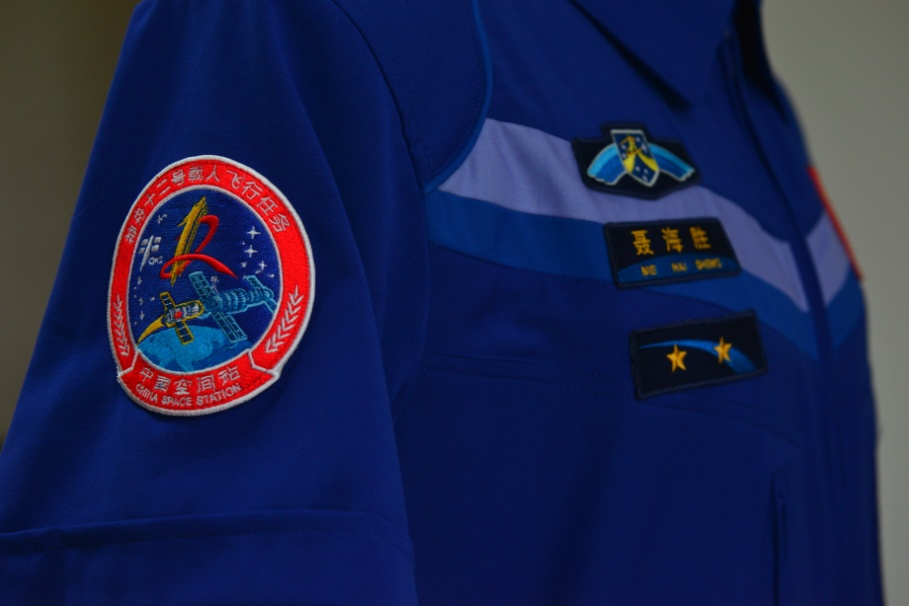 The Tianhe core module is the astronauts’ "home in space". It provides three times the space for astronauts compared with the Tiangong-2 Space Laboratory. It is equipped with 3 separate bedrooms and 1 bathroom, ensuring the astronauts’ life in space for up to three months. To live in a "big house" for a "long time", you certainly cannot do without a pair of comfortable and beautiful "daily shoes" for astronauts (shoes worn by astronauts in the space station cabin). 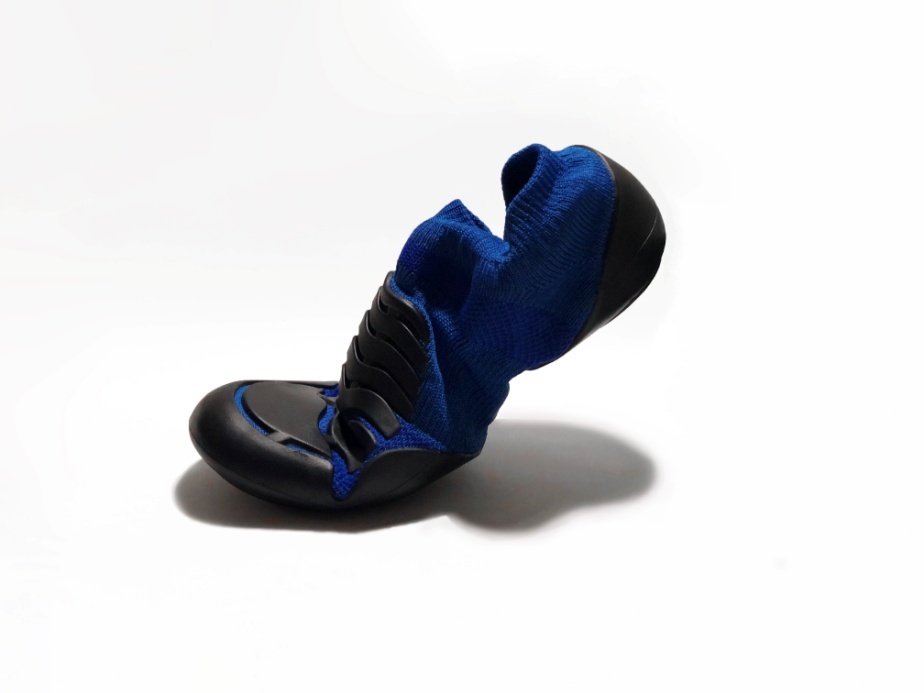 "A journey of a thousand miles begins with a single step." The three astronauts’ footwear must be taken good care of for their journey to space. “The shoes worn by the astronauts in the cabin should be 'flexible' to keep the feet safe and comfortable, while taking into account fashionable design and cultural references,” according to head of the R&D and design team for the astronaut footwear in space station module and professor at Shanghai International Fashion Innovation Center at Donghua University Mr. Zheng Rong, the design and development of the shoes worn in the module integrates the strengths of the school’s anthropometry, ergonomics, materials science, three-dimensional modeling, rapid prototyping, product design and other disciplines, and has been supported by industry resources and related cooperative enterprises and organizations. Relevant advanced technologies and findings based on ergonomics have been applied to the greatest extent in the shoes, combined with three-dimensional foot scanning technology, plantar pressure analysis, integrated weaving and other technologies, and careful and comprehensive consideration of the special environment of the space station, the characteristics of the human body, the needs for movements and other factors influencing design.

The shoes worn in the cabin are mainly made from thermoplastic materials and blended knitted materials. Soft, light, environmentally friendly, antistatic, breathable, and flexible, they keep the feet of the astronauts comfortable and safe at zero gravity in the spaceship cabin and station.. At the same time, the shoes adopt a cross-size design with a size system that can cover multiple male and female astronauts, and changes in the shape of the soles of the feet in a variety of operating environments are taken into account to match the astronauts’ foot movements. Taking into account the microgravity in the cabin and the weight requirements of the spacecraft, the shoes worn in the cabin are much lighter than ordinary shoes worn by ordinary people.

The upper has a “herringbone” wavy structure to ensure the balance of flexibility and protection. In order to cushion the collision caused by the astronauts in motion, the toe and heel of the shoe are designed full, which not only makes it more comfortable to wear, but also enables a more three-dimensional shape. A combination of "deep space blue" and black is finally chosen with black symbolizing fashion and technology, and at the same time matching the blue of the cabin work clothes to be visually harmonious. 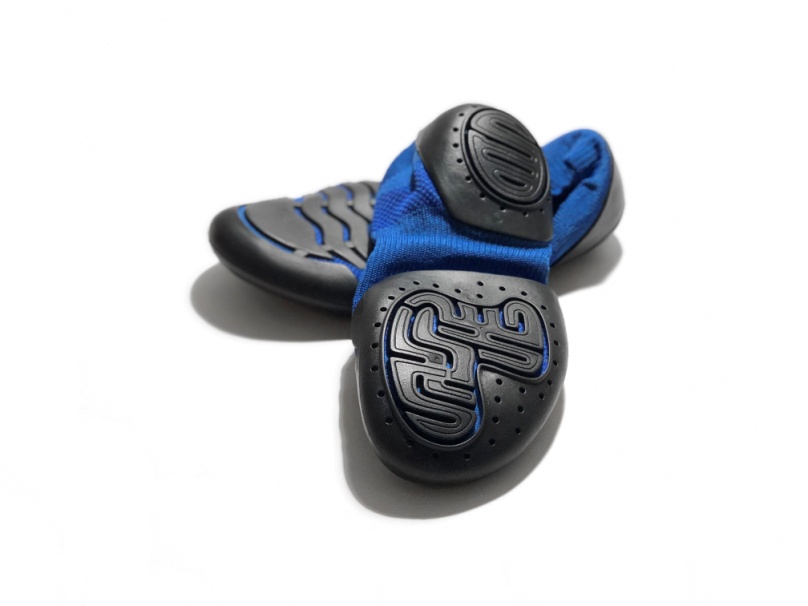 The finishing touch of the cabin shoes is the sole. On the premise of functionality, the hollow design of the sole is derived from the artistic adaptation of the seal characters “九天揽月(pluck the moon out of the sky)” and the surrounding “constellation” moving in cycles demonstrates not only the grand ambition of "reaching for the stars", but also the romantic sentiments of the Chinese nation.

The close tie between Donghua University and China’s aerospace industry

In fact, Donghua University has long been committed to making contributions to the development of major national projects. In the 1970s, the school began to pay attention to the important role of high-performance fibers in national strategic projects, laying the foundation for the research and development of various high-performance fibers such as carbon fiber, aramid, high-strength and high-modulus polyethylene, and polyimide. As early as in the 1980s, Donghua University began its research to help China’s aerospace exploration. Professor Pan Ding from the College of Materials Science and Engineering of Donghua University led the carbon fiber research team in successfully developing "aerospace-grade high-purity viscose-based carbon fiber" to help missiles soar into the sky, filling a gap in China, and making it the third country in the world to master this technology. 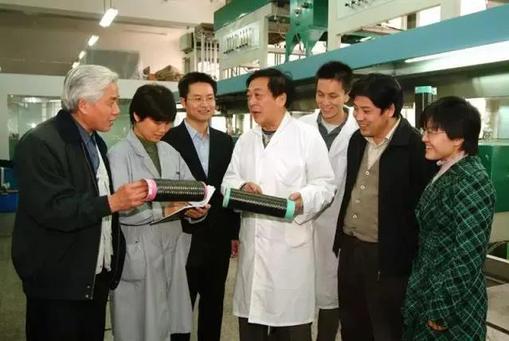 After three years of R&D and innovation, Professor Zhang Weiyuan from the School of Fashion and Art Design of Donghua University and his team completed the research on the "Extravehicular Spacesuit Thermal Manikin System", using the thermal manikin to collect data such as metabolic energy, heat transfer, and skin temperature of astronauts wearing extravehicular spacesuits under simulated outer space conditions, playing a key role in supporting and guaranteeing the Chinese astronauts’ first extravehicular activity. 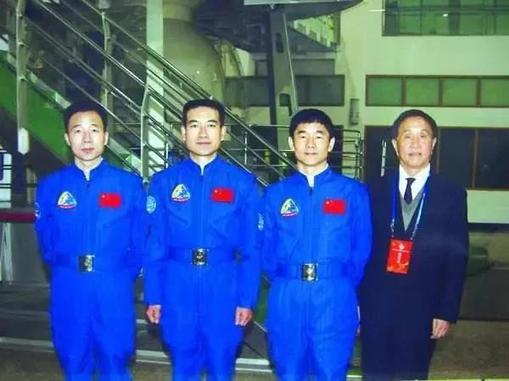 In 1992, the manned spaceflight engineering and research project was approved and Professor Yuan Qinhua from the College of Chemistry, Chemical Engineering and Biotechnology of Donghua University led a team to carry out multidisciplinary research and successfully developed the "astronaut urine collection device" to provide astronauts with "convenience" when nature calls in flight or emergency. In 2003, the project "Research on Outer Protective Materials of Extravehicular Spacesuits" hosted by Zhu Quan and Yuan Qinhua was selected as one of the "Top Ten Scientific and Technological Progresses in Chinese Higher Education Institutions" by the Ministry of Education in 2002. 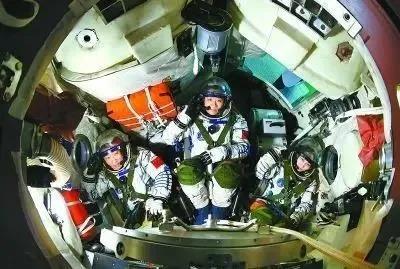 The "Highly Reliable Passivation Glass for Aerospace Crafts" developed by the team led by senior engineer Han Wenjue of the College of Materials Science and Engineering of Donghua University was successfully applied to the Shenzhou-5 manned spacecraft and accompanied Chinese astronaut Yang Liwei into space for the first time. 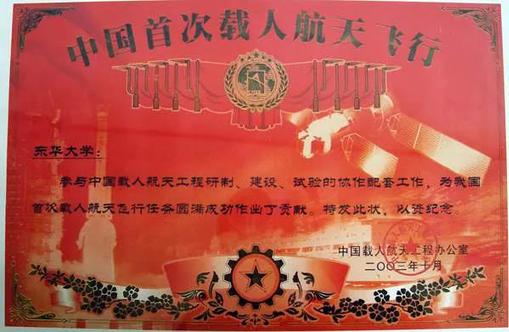 The "semi-rigid battery substrate glass fiber grid" developed by the team of Professor Chen Nanliang from the College of Textiles of Donghua University, as a key material for solar panels, has been successfully applied to the launch of the Tiangong-1, Tiangong-2 and Tianzhou-1 cargo spacecrafts. The team also successfully developed the "satellite antenna metal mesh", the first independently developed metal mesh for antenna used in China’s satellites, which has played a vital role in China’s Beidou navigation satellites, mobile communication satellites and other series of satellites.

The needs of national strategies constantly change with the times, but Donghua University’s commitment to serving them remains unchanged. In the autumn of 2021, Donghua University will celebrate its 70th anniversary. Over the last seventy years, generations of researchers at Donghua University have, adhering to the school motto of "Respect for Virtue and Knowledge, Aspirations and Practice", worked hard to overcome difficulties, and written a splendid chapter in China.