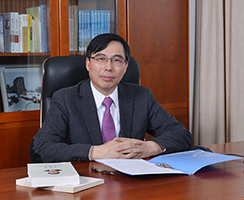 Qing  Fengling, born in March 1964 in Xinshao of Hunan Province, is a  professor and Doctor of Science, and serves as Vice President of Donghua  University (DHU).

Since  September 2000, Qing has been a professor of DHU. Since September  2004, he has successively served as Director of Institute of Biological  Science and Technology of DHU, Dean of College of Chemistry, Chemical  Engineering and Bioengineering of DHU, Assistant President of DHU, and  Director of Center for Civil Aviation Composites of DHU. In January  2016, he was appointed as Vice President of DHU.