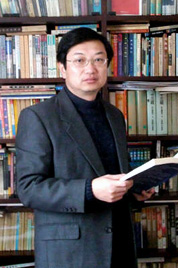 Qiu Gao, male, of Han nationality, born in 1963, is a professor, PhD Supervisor, Member of CPC Standing Committee of the Party Committee and Vice President of Donghua University.

Work Experience: Qiu was appointed Professor of Physics by Donghua University in 2000. He also successively served as Director of Department of Physics Director and Deputy Dean of Physics College. He was promoted to be Director of Academic Affairs in October 2001. He was later appointed Director of Development and Planning Department, Director for Discipline Construction Office, Head of 211 Project Office and Chairperson of Higher Education Institute in November 2007.

International exchange: Qiu has been to Bepex.Co., Air Force Research Laboratory, University of Akron and University of California in the United States for academic research.